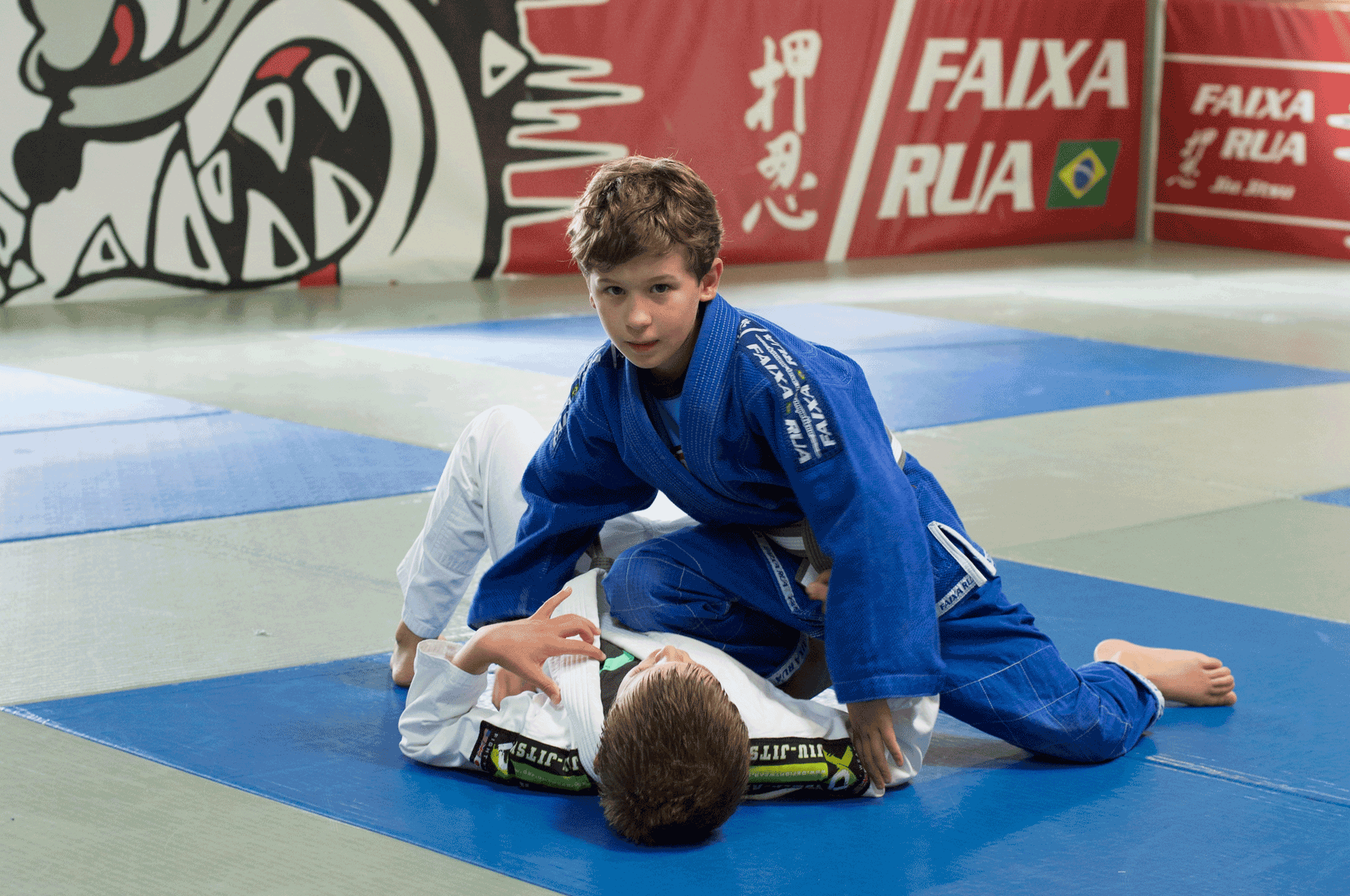 Each class begins with a warm up incorporating basic gymnastic moves, such as forward rolls, cartwheels and handstands. The students are also introduced to animal style movements that lend themselves perfectly to Jiu Jitsu, as well as strengthening their joints, bones and core muscles.

Useful for all types of sport, break falls are an invaluable skill for falling safely; by using the limbs to break the fall the force is dissipated, which reduces the chance of injury.

Brazilian Jiu Jitsu is a ground fighting martial art, in which throws, sweeps and takedowns are used to transition from standing to the floor. Students learn to co-operate with their training partners and communicate effectively to protect each other from injury.

One of the goals in BJJ is to gain a dominant position on the ground such as a mount, which is where one player is sat on the opponent pinning them to the floor. Students will learn the most effective ways to win a position as well as the equally important skill of escaping or reversing (sweeping) their opponent. This is an essential fundamental of sport Jiu Jitsu, points in competitions are gained for controlling position and sweeping, and it is instrumental in achieving a submission.

The ultimate goal of Jiu Jitsu - players use techniques including joint manipulation, such as arm-bars or chokes, to get an opponent to ‘tap’ (concede with a verbal or physical signal) at which time the hold is released. The fight is then over.

Self-defence is an important part of Jiu Jitsu, learning how to manage your emotions and physical reactions in any confrontation is an invaluable skill. Students practice applicable methods, controlling the distance between themselves and an aggressor, before closing the distance with strikes to enable take down, finally allowing them to control position.

What will my child be doing?

BJJ consists predominantly of grappling and takedowns from standing. Your child will start with movement and agility games with a focus on body awareness and positioning. As their skills and understanding develops we introduce techniques, before full sparring begins.

As with all contact sports Jiu Jitsu has inherent chances of injury. These are minimised by constant supervision, ensuring students are only asked to take part in activities that their training experiences have prepared them for.

Do I need special equipment?

Yes. Students will need to wear a Gi, a traditional Japanese kimono adapted for Jiu Jitsu. Beginners can use tracksuit bottoms without zips and round neck T-shirts. Gis can be purchased direct from the school.

How do I know my child is making progress? 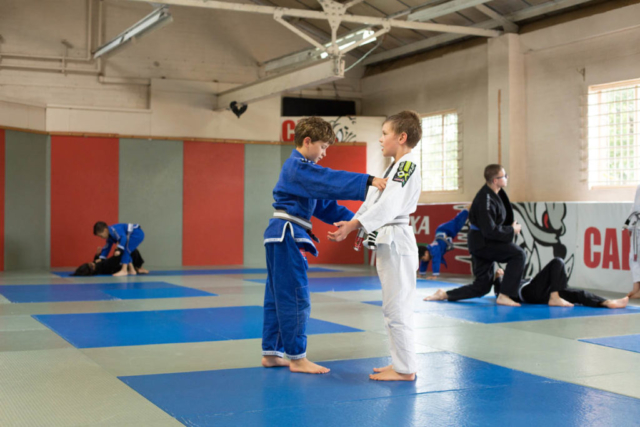 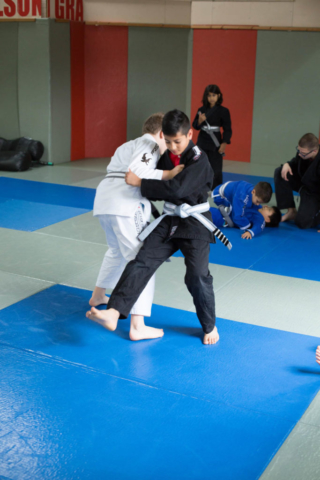 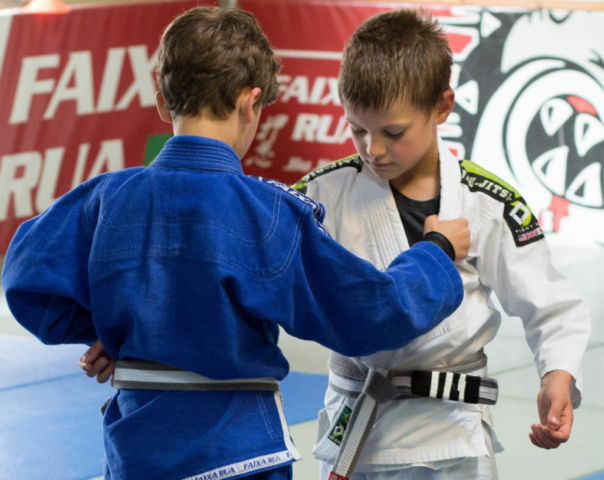 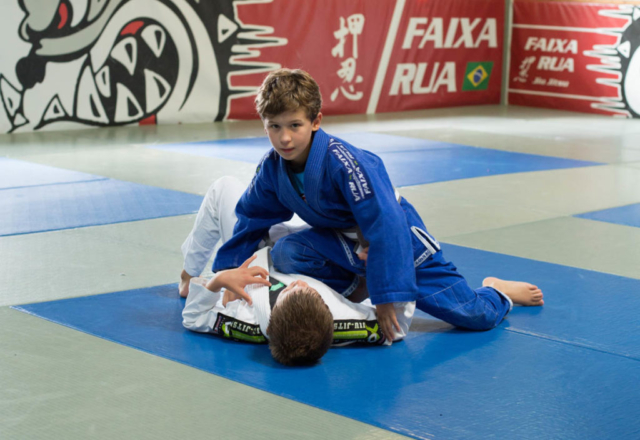 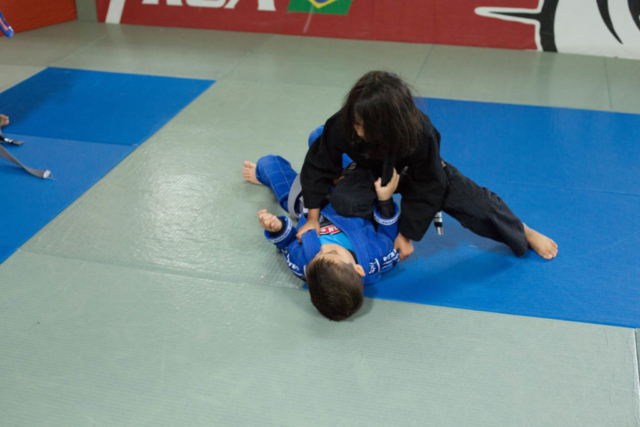 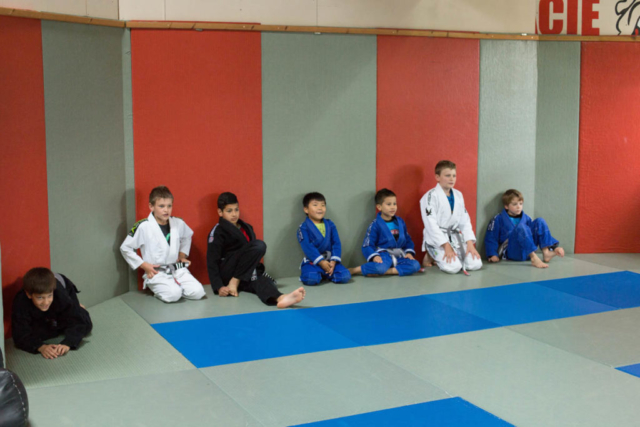 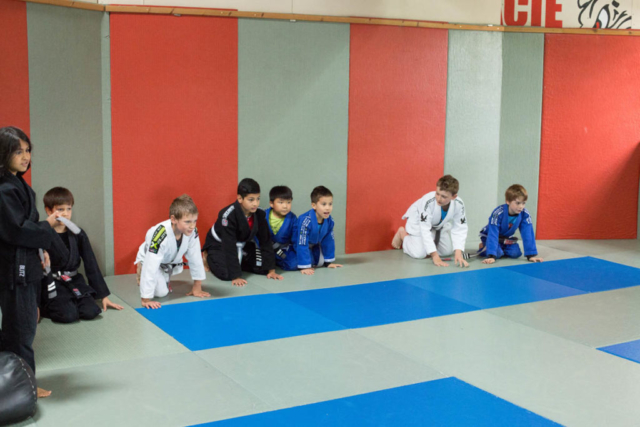 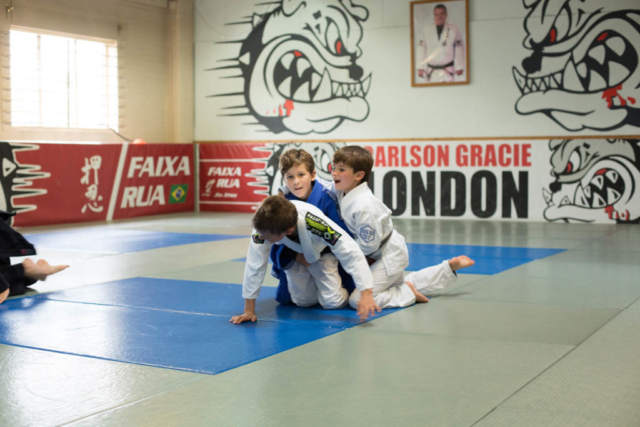 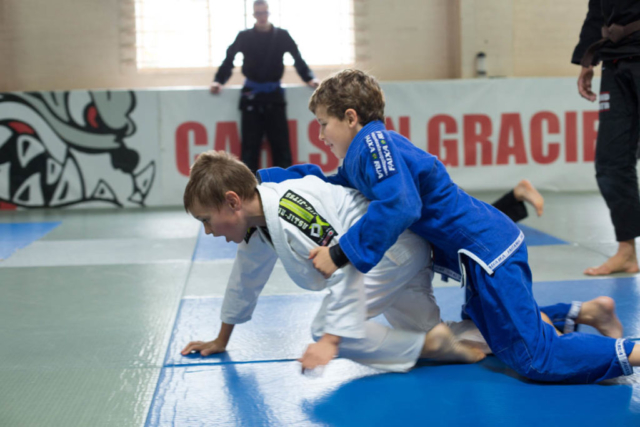 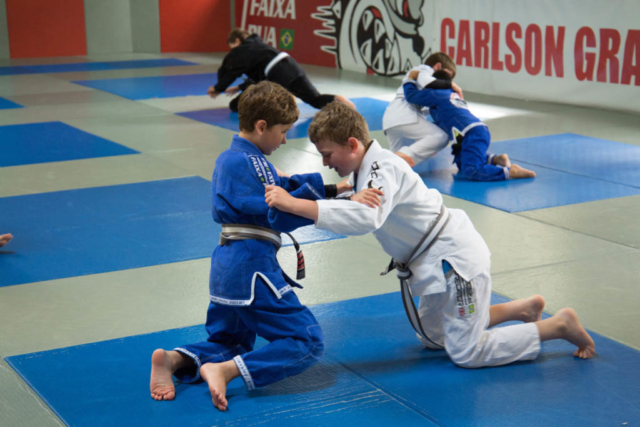 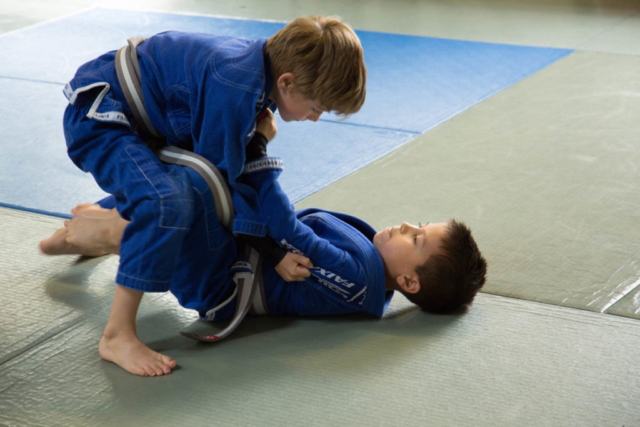 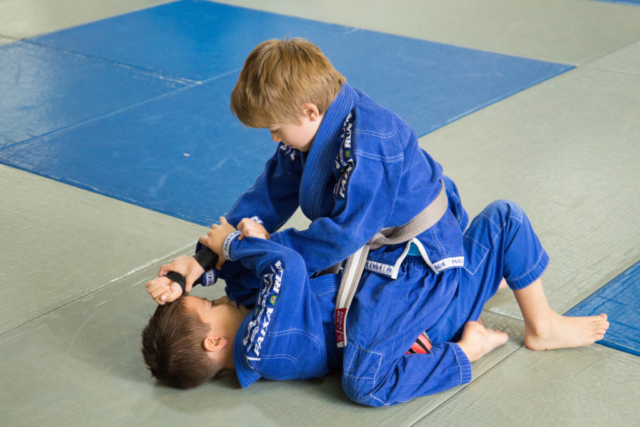 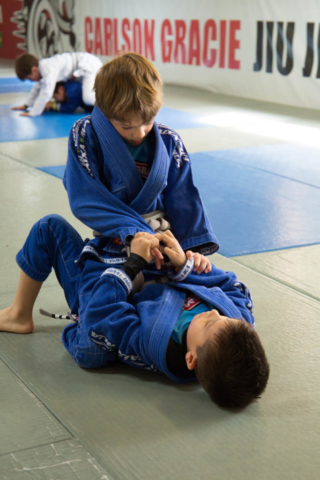 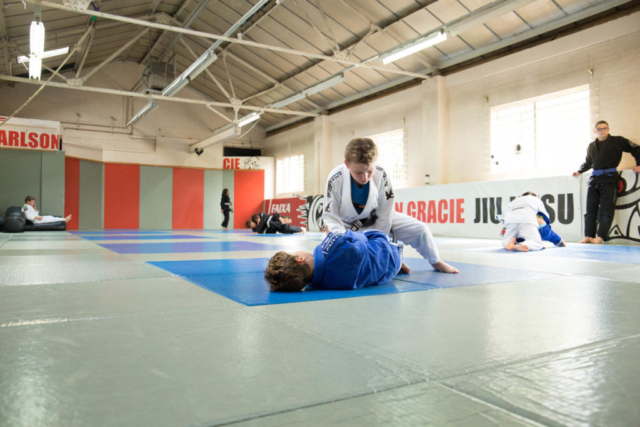 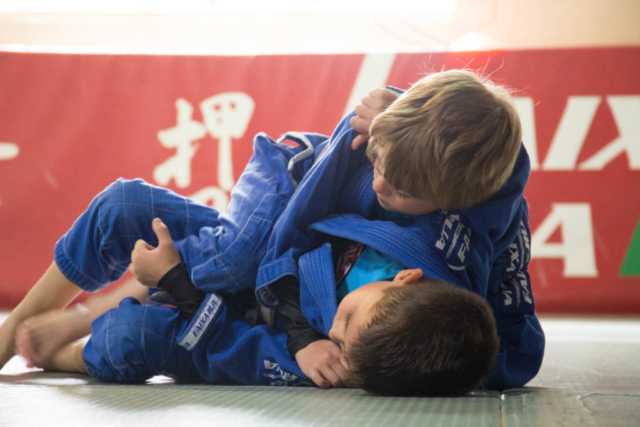 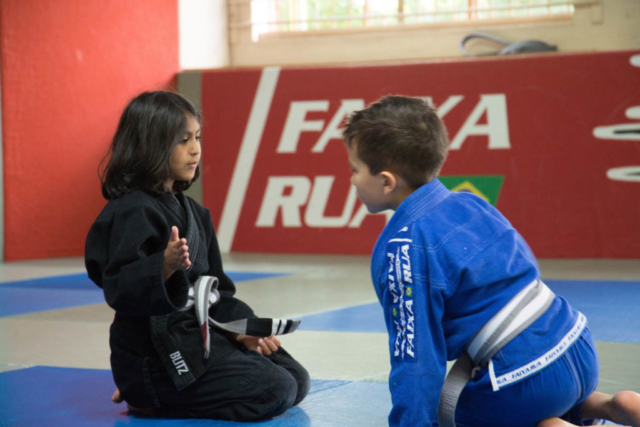 Where can I find you?

Contact telephone numbers and e-mail addresses will be used to communicate any important information regarding classes, including changes to schedules and cancellations. Please ensure the information we hold is up-to-date and correct.

By entering into this agreement I accept the risk of entering and being present at the West London BJJ and give up and waive all claims I or anyone acting on my behalf or through me might have against operators, Instructors, Instructors Assistant, students, sponsors, officials, participants, non-participants, employees and representatives for any injury or condition regardless of its nature, effect or affect on me as a result of my participation and/or presence at the West London BJJ. I understand the risks of training in the martial arts taught at this club and accept that serious injury or even death are a possibility.

I authorise, and agree to hold blameless, whatever medical personnel or official that may be present at West London BJJ to take any action they feel is necessary, should I become injured.

I represent that I am in good health; that I am not presently, nor will I participate while under the influence of any alcohol, drug or medication; that no one affiliated with this Brazilian Jiu-Jitsu Academy has encouraged me to enter or made any representations regarding my fitness or ability to participate; that I have read and understood every provision of this release; and that I am legally competent to and freely enter into this waiver, release and assumption of risk agreement.

I understand that if there is any technique, exercise or drill that I feel may be beyond my ability I will exercise my right to decline to perform said movement or action and that I will refrain from doing anything that may cause or exacerbate an injury or physical condition that I have. I understand that complicated physical movements may be required and release all instructors and employees of the Academy from any responsibility should said movements or techniques result in injury or death. I also agree that my attendance and/or performance at the academy may be photographed filmed or taped and used for marketing purposes and I waive the right to compensation thereof.

We advise all members to join the UKBJJA to ensure they have member to member insurance. Membership can be obtained for £15 a year at UKBJJA Membership.

You can find out more about which cookies we are using or switch them off in settings.

This website uses cookies so that we can provide you with the best user experience possible. Cookie information is stored in your browser and performs functions such as recognising you when you return to our website and helping our team to understand which sections of the website you find most interesting and useful.

You can adjust all of your cookie settings by navigating the tabs on the left hand side.

Strictly Necessary Cookie should be enabled at all times so that we can save your preferences for cookie settings.

If you disable this cookie, we will not be able to save your preferences. This means that every time you visit this website you will need to enable or disable cookies again.

This website uses Google Analytics to collect anonymous information such as the number of visitors to the site, and the most popular pages.

Please enable Strictly Necessary Cookies first so that we can save your preferences!